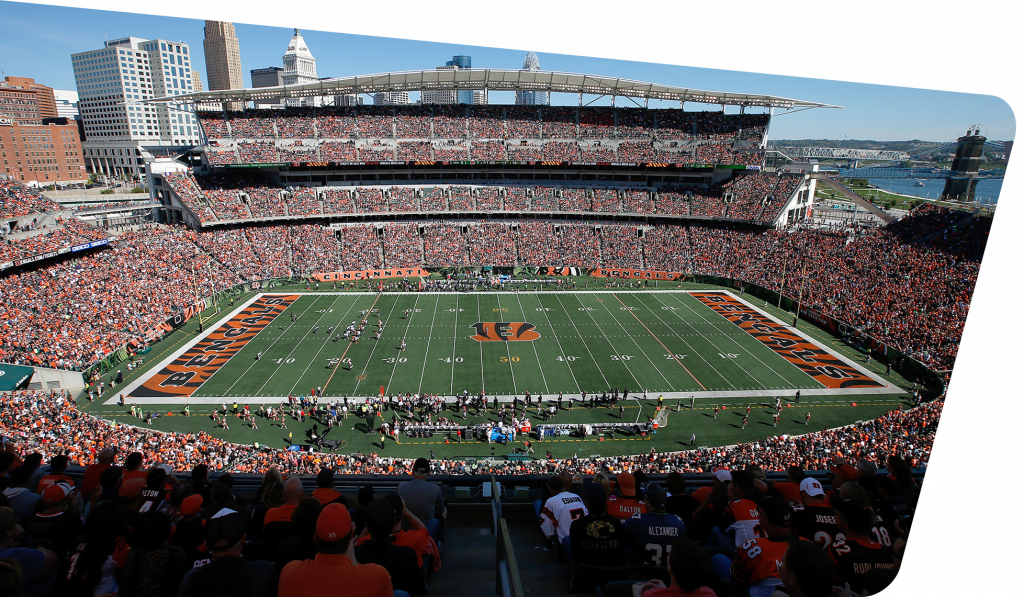 We know the architects of ancient arenas and stadiums understood how sound traveled. That’s why many of these are designed in a bowl shape with stadium seating. When creating a sound system as large and complex as the Paul Brown Stadium, understanding how sound travels and why is essential.

When you have a large space that needs the highest quality sound and video, look to the example of the engineering and electronic excellence found in the Paul Brown Stadium. In today’s blog from American Sound, we explain why.

Sports have always been considered an essential part of not only American culture but societies around the globe. There is evidence in ancient Mayan, Roman, and Egyptian cultures that sports played a huge role in their daily life.

Part of the experience is sound. To be able to enjoy the games entirely, attendees must be able to hear announcers and players. The Paul Brown Stadium in Cincinnati, Ohio, is an excellent example of refined sound engineering.

Home to the NFL Football team, the Cincinnati Bengals, the stadium’s sound system was completed in three phases.

One of the first things the engineers had to identify were the Q values of the speakers within the stadium.

A Q value, or Q factor, is the amount of output or distance a speaker can carry the sound away from itself. Understanding this is crucial when designing sound systems for large spaces like stadiums and concert halls.

If improperly designed, the speakers will not distribute appropriately, creating echoes and sound displacement. This produces an unpleasant experience for the attendees, precisely what the sound engineers at Paul Brown Stadium were trying to avoid. The result was custom-building speakers to fit the specific needs of this stadium.

The first phase was completed in 2018, consisting of new delay loudspeakers on the upper deck and canopy sections. A year later, 120 new loudspeakers were added to the lower level and another 70 to the canopy to go along with eight dual subwoofers.

While many things during the pandemic of 2020 came to a halt, the third phase of the project continued.

To complete the transformation of the stadium’s sound system, hand-assembled loudspeakers were part of phase three. We installed Italian-made horizontal coverage cabinets along with narrow coverage speakers.

The result is described as a ‘moving experience.’ The sound was appropriately dispersed, giving attendees a clear sound at the correct acoustic levels.

If you have a space that needs expertly engineered sound and video, coupled with the finest state-of-the-art equipment, contact American Sound & Electronics or call (859) 261-9024 to learn more.

Talk to American Sound and Electronics about installing world-class audio and video equipment at your facility. We promise a quick response time and great customer service!